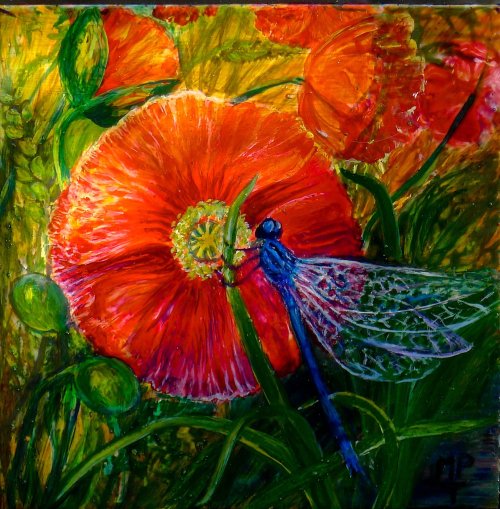 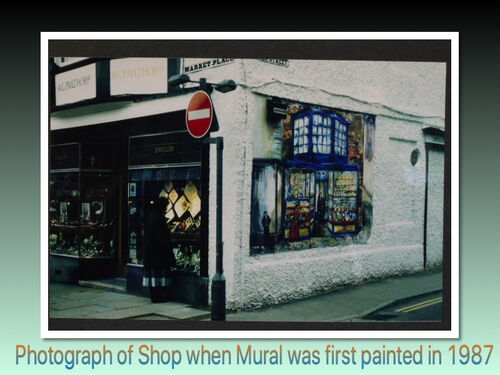 Mural first painted in 1987
The Mural in Louth
In November 1987 I completed a mural in Louth Lincolnshire. I was asked by the Jewellers "Pailthorps" to design a wall painting taken from a photograph of the shop in 1903, it was called "Mussons" and not only was it a Jewellers it was also an Opticians.
In 2005 I did my first repaint and again in 2012 for the Jewellers that is now called "Scotts"
Watch in 2021 for new instalments to the Murals history.
mpt@margarettaylorcollection.co.uk 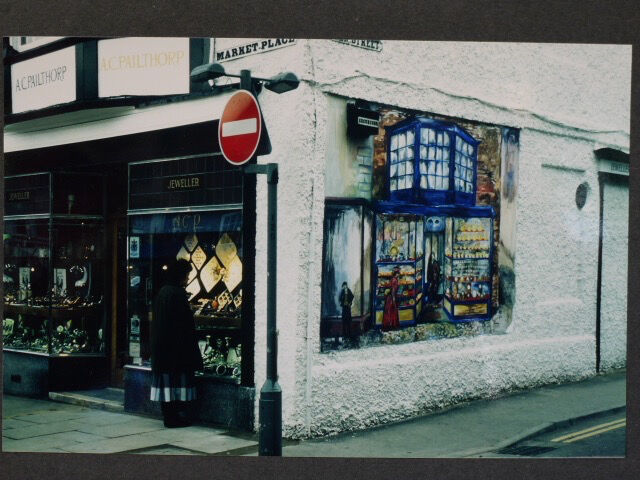